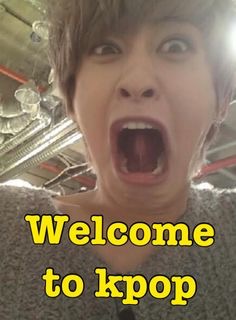 When most people hear the word K-POP they usually start thinking about PSYs Music Video (I’m going to use MV starting now) “Gangnam Style”, but there is more to K-POP then this. In K-POP there is pretty many different genre when it comes to the music, all from ballads to more Hip Hop songs.

But how did the K-POPs history started, well it started in the 90s when we in Europe was pretty much in to girl groups and boy groups, but that did never end in South Korea. It’s usually around 49 new groups every year when it comes to K-POP, so there is always some group you’re going to start like every year.

The artists’ life before debut:
Many artists’ train very long before they make their debuts, but many has not train as long as an artist by the name G.Soul he has trained in 15 years!!!
Before him so was there one with the name Jo Kwon he had trained for 7 years and is in a group called 2AM at the moment.

K-POP in Sweden & what I think:
Many maybe don’t know that there is pretty many K-POP fans here in Sweden. On Facebook there is a page/group called Swedish Kpop Fans and there we’re around 2000 members. Additionally so does Sweden write pretty many songs for Korea, example Face by NU’EST is written by a Swedish person. Sweden is also active in the production of K-POP-MVs. Up to now there has been three idol groups that has performed in Sweden, but many of us fans want more groups to come here to Sweden.

When it comes to my part what I think about K-POP so was it not hard for me to fall in love with it because of my childhood. I have had Asian culture around me since I was little and I have liked many different Asian things since I can remember. For myself has I liked K-POP since 2011 in May and some of my younger friends calls me a veteran in being a K-POP fan, even if I haven’t been doing this for so long. If you want to know more about K-POP or about something else about Asia so be not afraid to come up to me and ask, even if I can be shy sometimes.
Going to write more about this if more people is wondering about K-POP.